In a world dominated by giant chain supermarkets, it's always a pleasure to find an independent retailer thriving - particularly when it's in a place that you least expect it. Just over ten years ago I was introduced to just one such place by my wife - a place that the locals in Ilkeston seem to hold close to their hearts. I love that, and I can see exactly why. From the outside, Bellini's on Heanor Road looks just like any petrol station but what you find inside is nothing short of a treasure trove. Aside from the expected petrol station fayre, you will find a small cafe serving proper Illy coffee and homemade cakes, a [what must be] 15-20 metre long deli offering homemade pasties, pies, salads, a selection of quality local meat and cheese and quite honestly the best breakfast cobs in the world for £2.89. They are a weekend staple in our house and it's a real joy to have this place within a few minutes of where we live.

On top of that comes the real treat - a treat for all beer buffs and wine geeks alike. Bellini's is home to over 600 beers and wines. While they do stock some of the staple brands that you would expect, there are some incredible discoveries to be made, which their in-house experts have obviously worked hard to accumulate. Hard-to-find craft ale from the US, real ale from most of the top local microbreweries and some great treats from Belgium and the rest of the continent. For the wine lovers I just have to fire some names at you - Musar, Opus One, Ridge, Au Bon Climat, Some Young Punks, the list goes on. [No offense, but] in a petrol station... In Ilkeston... Love it. 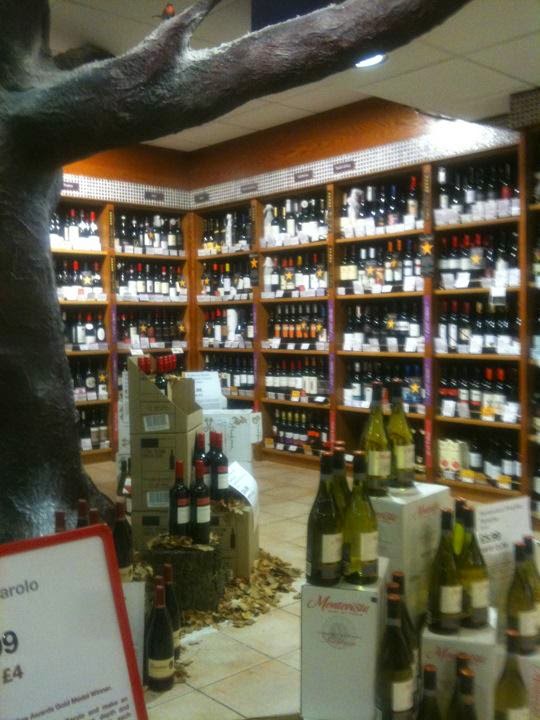 On top of that they have their very own free-to-join Wine Club, hosting Wine Tasting evenings in the cafe. The next of these tastings is featuring South African Waterkloof Estate Vineyard on Thursday 13th November, costing just £15 (and offering up to 10% off wine purchases on the night!) - see their Facebook page for further details.

Time for some reviews of my recent purchases:

Trivento Golden Reserve Malbec, Argentina, 2011:
Bodega Trivento nestles in the hot, arid Mendoza Valley and is one of the most recognised names from the region. Its name, Trivento, relates to the three winds that provide the climate for the characteristic traits of the wine; the year-round Zonda winds bring hot, dry air from the Andes and improve the budding of the vines, the Sudestada fresh summer breezes bring much needed clouds and rain to break from the scorching sun and the cold Polar winds at the end of the season signal the start of the pruning season. What this leaves us with is a big, bold, ripe blackberry fruit flavour, followed by balanced acidity coming through as sour red cherry. Ageing in French and American oak brings a great finish of spice and earthy leather, as well as the expected characteristic black pepper and a hit of velvety tannins. I love Malbec and you'd be pushed to find a better example for around £12. Worthy winner of a 2012 Silver Medal at the Decanter World Wine Awards.
Vivino Score: 4.5 stars 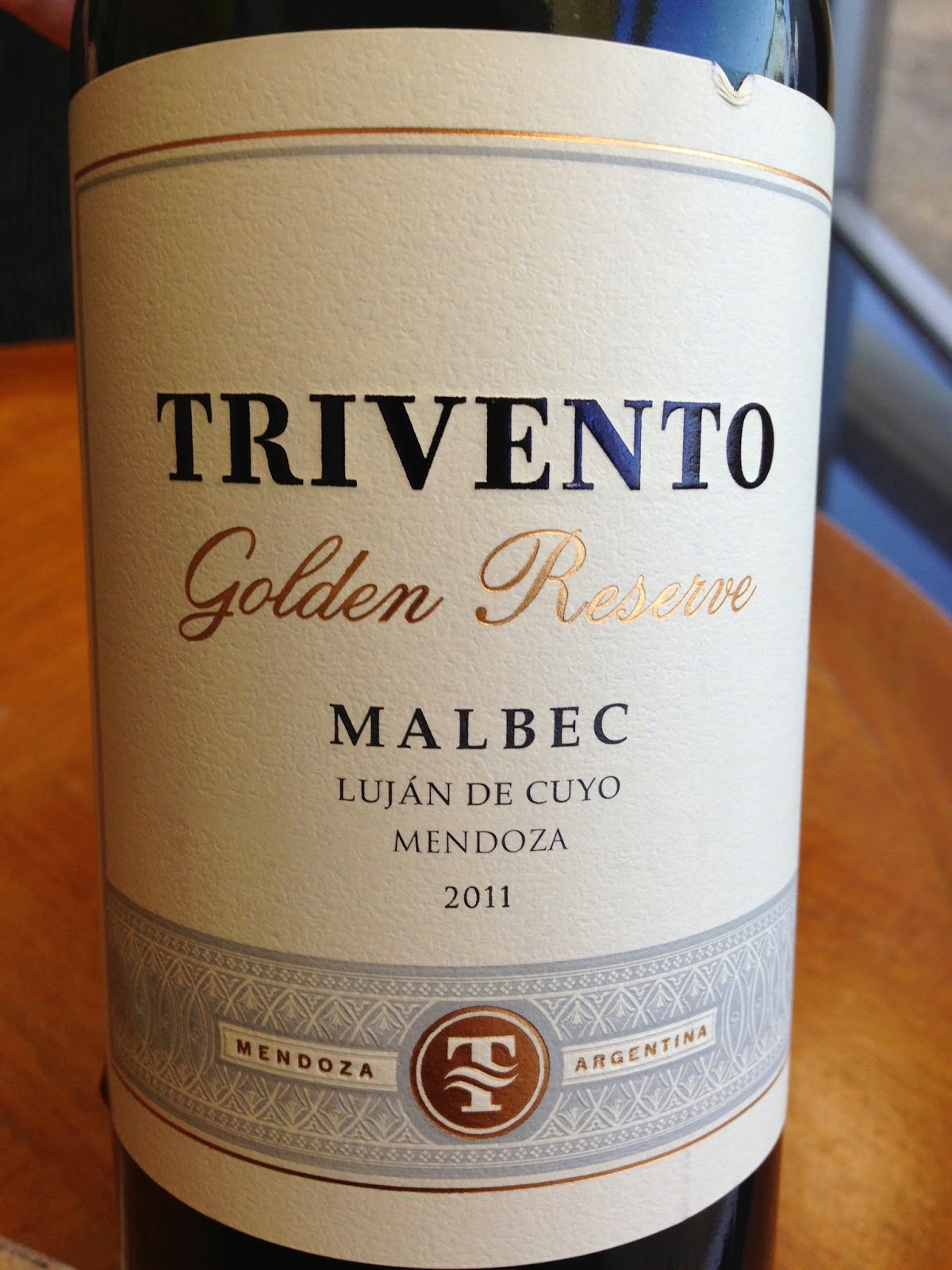 Yalumba Viognier, South Australia, 2012:
We recently tasted Yalumba's 2008 Museum Reserve Muscat at The Wingerworth, so I was excited to see what they would do with one of my favourite white grapes, Viognier. As Australia's oldest family-owned vineyard, you imagine that they have developed the right formula over their 165 year history. Based in the Barossa Valley, Yalumba are at the forefront of innovation in the wine industry, particularly in environmental performance and organic viticulture. However, this only impresses me if it results in great wine! What did impress was the thought that had gone into the label - a beautifully drawn rootstock to catch the eye on expensive-feeling textured paper and a smart tear-off tab to keep safe and remember the wine for next time. I must admit that the wine sadly did not quite live up to the high expectation set by the packaging. The nose was heavily floral [honeysuckle perhaps], with a citrus undertone. A rich buttery character to the palate added a touch of opulence alongside stone fruit and although the label claimed to offer a taste of lychee, I didn't really get any. The finish was smoky, but sadly sharp and acidic - a really unsubtle end to what promised to be quite a sophisticated wine.
Vivino Score: 3.5 stars 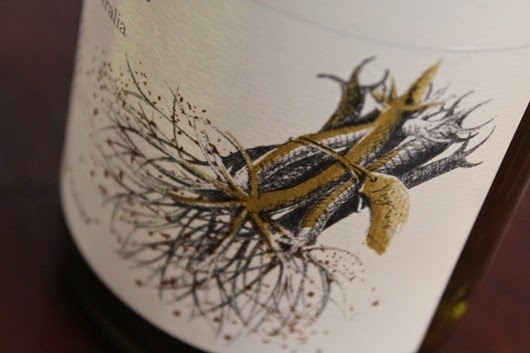 Au Bon Climat "Wild Boy" Chardonnay, California, 2011:
It has been mooted on occasion that I am a fan of California and that I might be partial to a drop of Chardonnay. Imagine my excitement when this badboy [or should I say Wild Boy] appeared on the shelf! For anyone who doesn't know Au Bon Climat, they are a serious wine-maker on the Californian West Coast, specialising in Burgundian-style wines. Normally styled for the expected "serious" market, I have to say that I was both surprised and skeptical about the [mental] label. For anyone who does know Au Bon Climat well, the "Wild Boy" on the label is clearly Jim Clendensen, the mad scientist behind the brand. At around £19, this was about £1 more than I could pick up the wine online but it was an impulse-buy [of which I seem to have had several since...]. The nose was ripe apricot followed by something more tropical - melon perhaps. True to Chardonnay-form, it was rich and buttery on the palate from the outset, with an enjoyable apricot and tangerine flavour. The oak wasn't too heavy and the long citrus finish cut right through the richness.Very delicious and very moreish.
Vivino Score: 4.5 stars 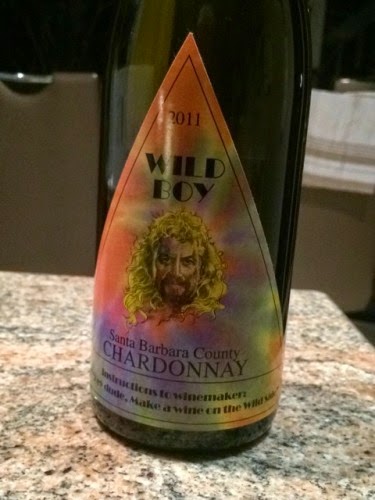 The slogan on Bellini's website sums my sentiments on the place up very well - "Forty years, three generations... one very special local store!". If you want to try something different, something exciting, something carefully chosen, head over there and take a look for yourself.