Restaurant Trends (and our plans) for the New Year

We're not even into the new year yet, but already I'm planning what to implement at The Wingerworth in 2015. Part of this process involves looking at forecasts for industry trends and how we can integrate some of those thing into what we do, in order to remain at the forefront of the hospitality industry. In 2014, three of the biggest trends were "hybrid"cuisine, continental-style sharing and "hip" or "quirky" wines. Of course, like all trends they have been going in and out of fashion for decades, but we really noticed a boom in them last year and at The Wingerworth we were excited to be able to implement them in one form or another in order to give our customers a truly modern gastro-pub experience. 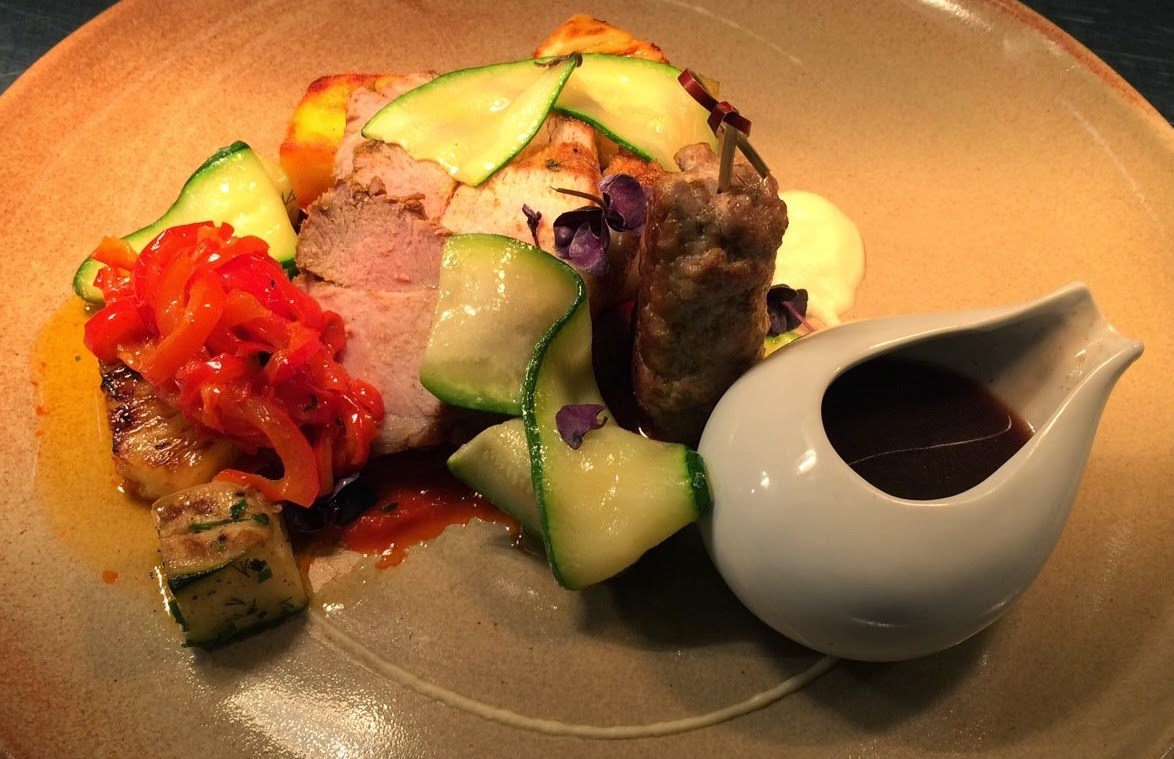 Although none of the leading chefs would admit to it, hybrid cuisine is indeed a hybrid of fusion food, which was huge in the 1990s. It is very simply the mixing of cuisines from different parts of the world. Many gastro-pubs opt to restrict themselves to a solely British menu, but I cannot understand the attraction or benefit of doing so with so much wonderful food out there in the world. That said, I would only consider these additions if they enhanced a dish or a menu - adding things for the sake of it is never a good idea. Throughout 2014 we've had some lovely hybrid dishes on our menu, one of my favourites being a ras el hanout rump of pork with polenta, courgette and pineapple. Even some of our pub classics have been garnished with a twist, such as the prawn cocktail with spicy avocado and Bloody Mary in April, the delicious five spice and honey glazed ham and eggs from the start of the year, or even the curry sauce that accompanied the fish, chips, crushed peas and cockles.

Sharing cuisine was also a big "thing" this year, with tapas in particular becoming really fashionable. That's not to say it won't continue to be so, it just won't be the "new thing" anymore. When we opened The Wingerworth I particularly wanted a sharing element to our pub menu, partly because of the trend and partly in homage to my time at Iberico. We launched with three sharing platters on the menu - a seafood platter, a continental cured meat platter and an English Picnic board, which was by far the most popular. The great thing about sharing is that it's a more casual way of dining - you can pick at things as you chat over a lazy lunch with friends. We've also found that the sharing element works really well during our monthly wine tastings, where guests can have little bits here and there as they go through the guided wine tasting.

As for the quirky wines, well that's where we came into our element! I've spoken about this in greater detail in a previous blog on Wine Lists, so to prevent me from boring you by repeating myself, have a read if you haven't done so already!

In 2015 we will be seeing three very specific influences on our food in restaurants. The first of these will reflect the change in preference on our palate towards the bitter end of the spectrum. This has largely evolved over recent years as a result of an increased fascination in the moreish, savoury fifth taste - umami. Although the notion of something similar to umami was first suggested in the early 1900s, it was only in 2009 that American scientists found proof of umami taste receptors on our tongues. Since then, media exposure peaked the interest of major food manufacturers, who have increased the balance of umami in certain products, particularly things like soups, sauces and ketchups. It is only fitting that in 2015 restaurants will be adjusting to changes in people's palates with heavily umami-ed or more bitter dishes, containing more of things like dark greens, bitter coffee or bitter chocolate, as well as mushrooms of course. 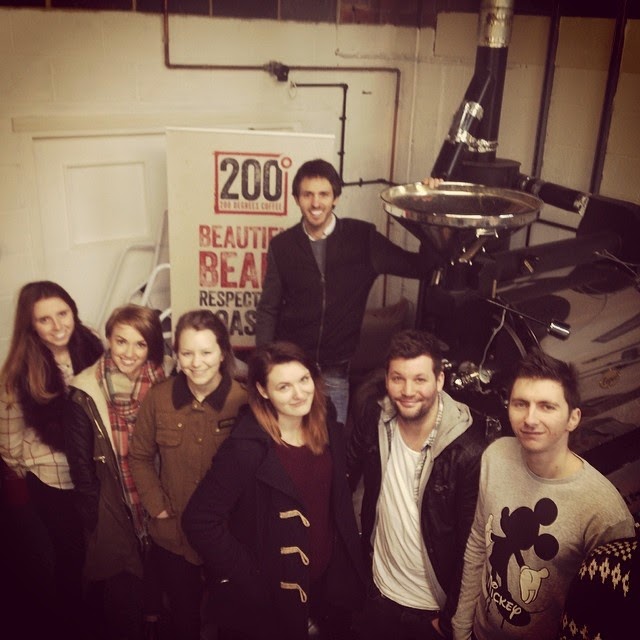 With this in mind, as well as keeping our food menu in line with the consumer's tastes, it was a great priority for us to find a great coffee supplier. In keeping with other recent trends they had to be relatively local and definitely artisan in their techniques, so in the end we decided to work with the wonderful guys at 200 Degrees. They carefully source the finest coffee beans from around the world before hand roasting them at their headquarters in Nottingham, individually testing each batch before sending over to us at the pub. In roasting the coffee beans to 200 degrees farenheit, they take the roasting process to the "second crack" stage, which is about as bitter as you want to go without impeding the flavour of the coffee - perfect for the modern taste. Similarly our cocktail menu now includes a popular Espresso Martini and we have very recently added a Gin & Tonic Menu, with a selection of premium gins to tantalise the bitter taste-bud. These subtle changes keep us in line with the latest industry trends and in all honesty, our staff are pretty excited about the changes! 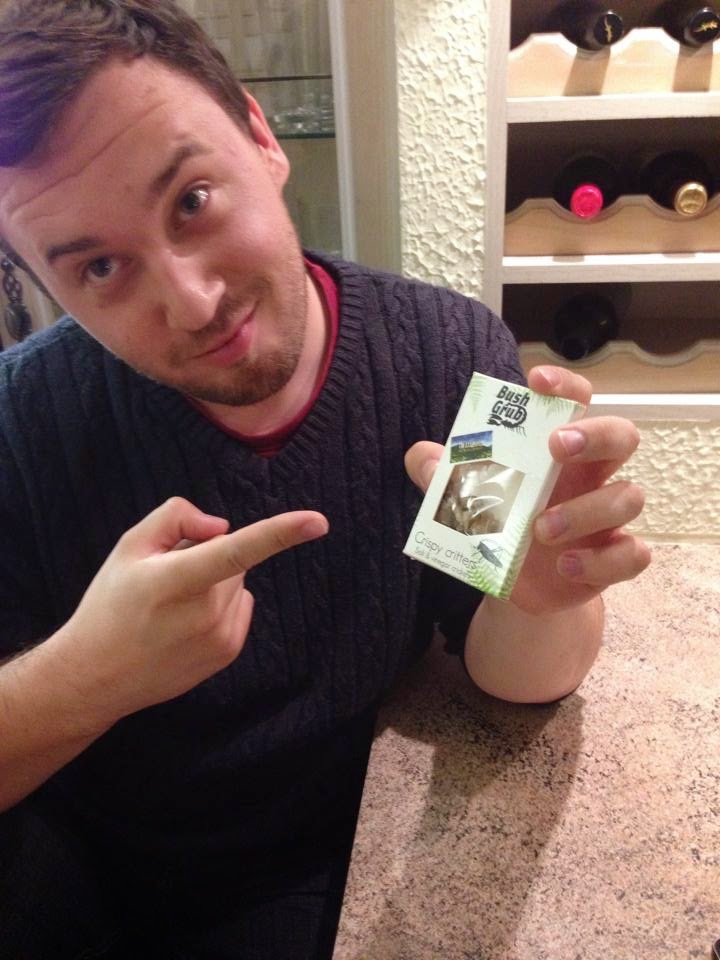 We've had quirky wine last year, but second big thing in hospitality in 2015 is quirky food combinations. We humans get bored with eating the same stuff all the time. Equally, with the rise of social media we crave to try something weird that we can tell everyone about - whether it's good or bad, as long as we can be the centre of attention for just a moment. We're not just talking sweet/salty combinations here guys - we're talking full-on bonkers stuff! I don't know if it's the fact that our food sources are quickly depleting, or the influence of "that" horrendous celebrity social-experiment TV show in the Australian jungle, but the word on the street is that we may be seeing insects making their way onto our plates... I don't know if Chesterfield is quite ready for that yet, so perhaps we'll see how it goes down in London before giving it a try at The Wingerworth. Even so, I'm sure you will be seeing something a bit more unusual on our menu at some point during the year! We're already hearing that the Japanese beer-maker Kirin has released a range of salty soft drinks and these interesting flavour combinations will undoubtedly also find their way into our cocktails. If sweet/salty works with food, why not with drinks too?

The final (and in my opinion most interesting) advancement comes in the form of technology. There's just no getting away from it, but the question is which technology to implement and when? The big thing over the last, well, decade now really is the addition of ePOS tills. There's no doubt they make things so much simpler with their back-office reporting systems, but boy are they expensive and the till companies certainly do know how to exploit their market. I recently had a visit from a former employee, who is now a sales person for Apple-endorsed payment company Zapper. Their product allows customers to pay their bill via their mobile phone, with the addition of a financial incentive to the customer for signing up to the scheme. In theory it's a great idea - simple to use, practical and cutting-edge. After much [difficult] deliberation I did decide that we weren't quite ready for it yet. Partly because it's so new to the marketplace, but also because frankly the financials just didn't stack up - for a greatly increased operational cost, the product would not have brought us any additional revenue. Their major downfall is that they treat every transaction like a credit card, charging a [I will say very reasonable!] percentage of the transaction. However, that percentage of transaction will still undoubtedly be much, much higher than the set fee that I currently pay for debit card transactions, which do make up the majority of our PDQ payment split. Make no mistake though - paying through your mobile phone is coming and they will undoubtedly snare some slightly less clued-up operators, but I think they need to make some major base-level changes before it really takes off.

One thing that really does intrigue me is robot pubs. The single biggest overhead in a hospitality business is staff costs and every operator struggles monthly to keep this reigned in. One of the latest "things" in London is iPad-operated pubs such as the Thirsty Bear or the Lazy Fox. Just imagine it - you sit at a table, the beer taps are at your disposal [increased sales?...], you order food and process payment through an iPad. It's quicker, it's easier and it's cheaper. With increasing pressure in the industry to increase salaries, incorporating technology in some way may be a way of making this step more affordable. That said, I do believe that people are a pub's biggest asset and with technology comes less available jobs! But how could we use an iPad in an effective way at The Wingerworth in 2015? My former boss David Perkins recently wrote a brief article in the Nottingham Evening Post on their use of iPads in gathering customer feedback at Perkins and Escabeche. We currently use the archaic method of pen and paper and spend hours inputting and sifting through the data - I'm sure that a similar more technologically advanced system will be finding its way to The Wingerworth next year. We'd never have self-serve beer taps, but who knows - maybe an iPad-based menu with the option to place an order through it rather than waiting for a server is the way forward?

Whatever the New Year brings, I hope it is a happy and prosperous one for everyone involved in the hospitality industry. Happy New Year!
Posted by Unknown at 15:05