'Tis the Season (to be gorging on mince pies...)

OK so gorging might be a bit strong, but I must confess I'm partial to a mince pie at this time of year. Best enjoyed with a small glass of tawny port after a hard day! Which gives me an excuse to get myself a glass of one of my favourite (and in my opinion best value) tawny's, strictly in the name of an informative review of course... And a mince pie.

I haven't blogged about port before, so I feel that a brief introduction is necessary. Port is a fortified wine, which is achieved by adding a grape spirit to it during the production process. As well as increasing the alcohol content in comparison to "regular" wine, it makes it more rich and smooth. Port is produced primarily from the indigenous Touriga Nacional, Touriga Francesca and Touriga Barroca grapes, which are grown on the mountainous eastern Douro Valley in Portugal. Just as with any wine, the unique terroir and climate of the area give the wine unique characteristics, which distinguish them from other fortified wines Madeira, Marsala, Sherry or Vermouth. It is then the different ageing and manufacturing processes that determine the characteristics of varying styles of port: 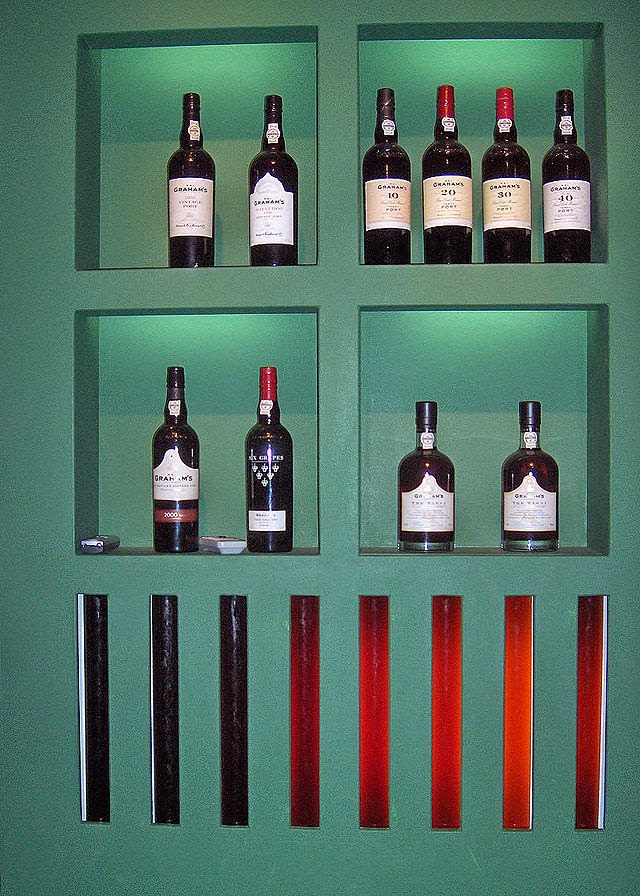 Taylor's 10 Year Old Tawny:
I always think it's worth spending a few pounds more on a decent tawny, but this one is currently on offer at Sainsbury's for £18. And I'm just going to throw this out there - if you buy it as part of a mixed case of 6, they're only £13.50! We actually like this one so much that we stock it at The Wingerworth. The port itself is a blend of several vintages, which is then aged in oak for around ten years. The nose is full of jammy berries and plums, along with my favourite characteristic - rich, oily walnut. The palate is really smooth and leans more towards the darker fruit, but the walnut sweeps in to steal the show on the sweet, lingering finish. As well as mince pies, I love this port with a strong Stilton - absolute heaven.
Vivino Score: 4.5 stars

Mr Kipling's:
The pastry was very pale and didn’t look as though it had enough sugar on top. The mincemeat was very bitter, which overpowered the other fruit, although the raisin did come through slightly. Again, it wasn’t sweet enough to balance the bitterness and the overall flavour was quite bland with a lack of spicing. The citrus bitterness also had a quite synthetic flavour, as though a cheap essence had been used instead of real fruit. The pastry was very dry and crumbly, with not enough butter and bland. Overall, a pretty disappointing pie.
Mince Pie Score: 1.5 stars

Tesco Finest:
There was a brown edge to the lid of the pastry, as though it had been overcooked, but with plenty of sugar on top. The mincemeat was very boozy, perhaps overly boozy, although surprisingly dry considering. The predominant flavour was raisin, followed by good spices – mainly cinnamon. The pastry was slightly dry from being overcooked but was quite rich and buttery and there was a nice sweetness from the sugar topping.
Mince Pie Score: 3 stars

Sainsbury's Taste the Difference:
The pie was a nice golden colour and evenly cooked at first glance. The sweet, moist mincemeat was a real treat, with just the right amount of alcohol in the raisins and a lovely orange peel undertone. There was also a lovely amount of balanced spice, which hit you at the end leaving you with a warm festive taste. The pastry was good – rich, buttery and crumbly, but unfortunately was just a tiny bit undercooked on the bottom. The only other minor criticism is that it was perhaps too sweet throughout because of the restrained alcohol and bitterness.
Mince Pie Score: 4 stars

I still have many more pies to make a start on, but I will add reviews to this blog as I try them.
Posted by Unknown at 10:04